An interesting article by Matthew Taylor of Radio 4's analysis on the current impact that the Roman Catholic Church is having on the political landscape in Britain today.

A new zeitgeist is capturing business people, academics and political players from both the Left and Right, looking for an ethical alternative for our time. Their inspiration? Catholic teaching. In many ways these are difficult times for the Catholic Church. Congregations in England are still in decline, child abuse scandals around the world have cast a long shadow and in many areas of policy - from euthanasia to gay marriage - the church's fixed positions make it sound outdated and out of touch.

Yet in the last couple of months I have received some intriguing invitations from Catholic friends: one to an event on business ethics organised by Catholic bishops and featuring some of our most high-profile corporate leaders. Another to a discussion of the progressive values after the credit crunch with prominent Labour advisors and Catholic theologians. The common thread running through these events is a set of ideas going under the name "Catholic Social Teaching". I set out to understand more about these ideas, to find out why they are engaging so many different groups of people right now, and whether their current influence is likely to make any substantive difference to policy or politics.

Although its roots can be traced back not just to the Bible, but to the ideas of Aristotle, rediscovered in the 13th Century by St Thomas Aquinas, the modern expression of Catholic Social Teaching came in an encyclical - the highest form of papal teaching - titled Rerum Novarum and issued in 1891 by Pope Leo XIII. The Pope offered the "gift" of Catholic social thought to a troubled world. He called on the one hand for compassion for the poor and respect for the dignity of labour and, on the other hand, for respect for property and the family - all held together by the core idea of the common good.

Read more »
Posted by The Gadfly at Saturday, September 15, 2012 No comments:

A young woman has had her child "marriage" legally annulled in northern Rajasthan state, in what is thought to be the first case of its kind in India.

Laxmi Sargara, 18, wed Rakesh when she was just one and he was three. She grew up with her own family, only finding out she was married when her in-laws came to claim her this month. Child marriages are illegal in India but are still common in many parts of the country, especially in rural and poorer communities.

"I was unhappy about the marriage. I told my parents who did not agree with me, then I sought help," Laxmi told Agence France Presse (AFP) news agency.
She knew nothing of her future life until a few days ago when her groom's family came to take her home with them to start her new life as Rakesh's wife.
After appealing to her parents Laxmi sought help from a local non-governmental organisation, the Sarathi Trust in Jodhpur city.
"She got depressed. She did not like the boy and was not ready to go ahead with her parents' decision," Sarathi Trust worker Kriti Bharti told AFP.
Read more »
Posted by The Gadfly at Wednesday, April 25, 2012 No comments: 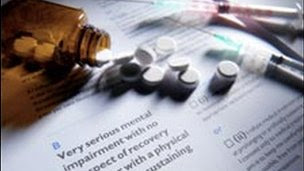 The Gadfly
A gadfly is a person who upsets the status quo by posing upsetting or novel questions, or just being an irritant. The term has been used to describe many politicians and social commentators. The term "gadfly" was used by Plato in the Apology to describe Socrates' relationship of uncomfortable goad to the Athenian political scene, which he compared to a slow and dim-witted horse. During his defence when on trial for his life, Socrates, according to Plato's writings, pointed out that dissent, like the gadfly, was easy to swat, but the cost to society of silencing individuals who were irritating could be very high. "If you kill a man like me, you will injure yourselves more than you will injure me," because his role was that of a gadfly, "to sting people and whip them into a fury, all in the service of truth." This may have been one of the earliest descriptions of pragmatic ethics.

The ultimate portal for GCSE RE students